The methodology we followed is the study of Astronomy as a branch of never-ending knowledge. By starting from the study of different mythologies of ancient peoples, we analysed, from a historical point of view, the overcoming of the mythical-religious mentality towards a new vision of the sky as a source of philosophical and scientific interrogations.

Following the path taken by man, through the contributions given by the greatest thinkers to the science of Astronomy along the time and emphasizing the key value of the circulation of ideas, the project aimed to stimulate the understanding of the value of knowledge and science as a “place of dialogue” between different peoples and cultures, showing young people that the overcoming of the geographical and cultural limits will result in an overcoming of the limits of knowledge.

The teacher’s duty was to make the study of Astronomy and its history the answer to the needs and urgencies of the present reality, in perfect line with the principle of culture as a means to overcome differences and create a free and constructive dialogue. 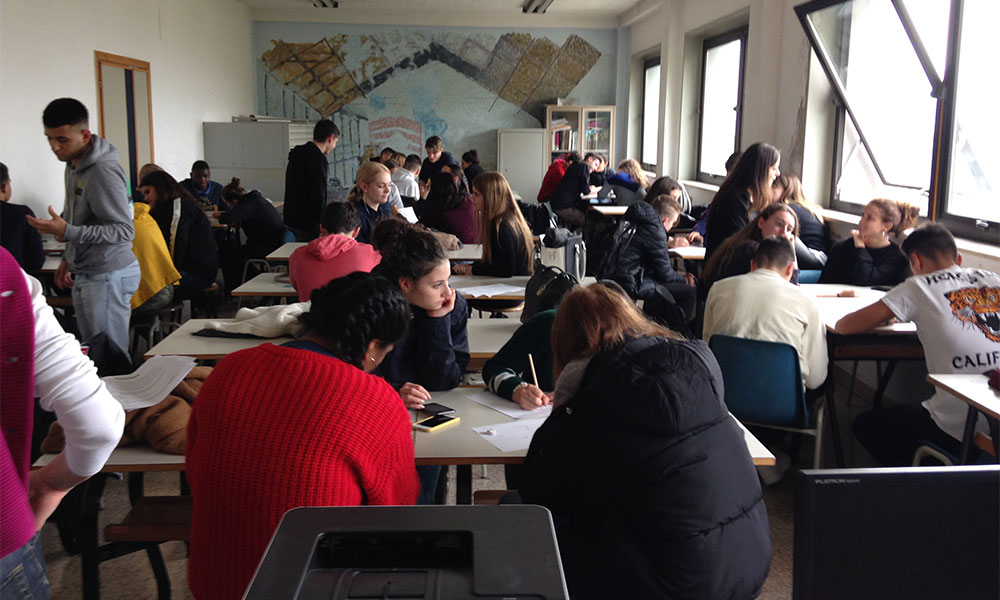 The project provided the perfect connection between theoretical study and practical study and the realization of an original product that is the concrete image of the experience lived by the students (star map, astronomical observations and measurements, construction and use of the telescope, performance).

The methodology adopted aims at making complex science more easily accessible for the students, giving them all the charm of it also through the meeting with experts, as well as with the direct use of traditional and new scientific instruments. Teachers actively engage students, stimulating their personal desire for learning by showing them the value of knowledge not as “what is taught”, but as “discovery.”

During the development of the project, students carried out teamwork in the Science and IT labs in order to gather data on project-related issues. Then they processed the results obtained, compared them with those of other groups and elaborate a final report so to become aware of the importance of experimentation and updating in the scientific field. 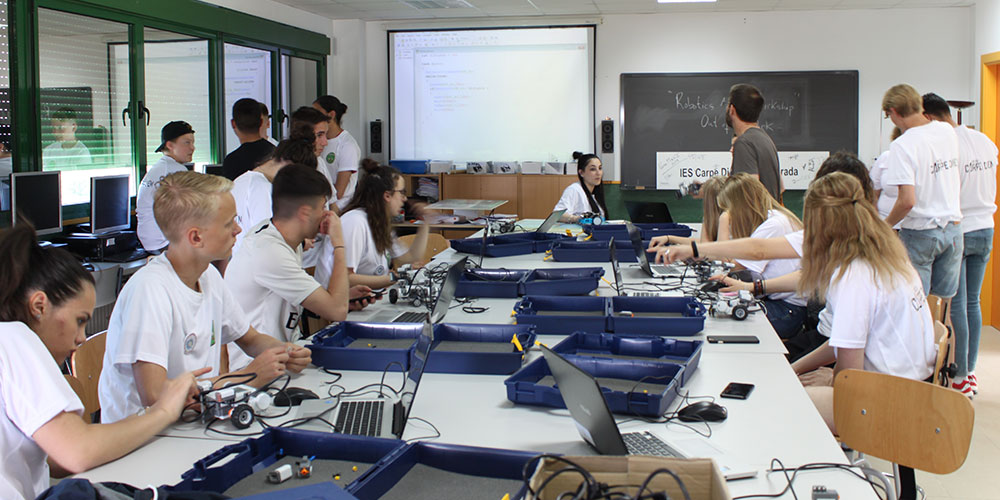 In this perspective, the Astronomy is for its own nature a never static field: teachers guided the students’ attention to new discoveries (Planet Nine, Gravitational Waves, described as mere hypothesis by Einstein and now become concrete reality with the use of modern technologies and the latest discoveries), stimulating the desire for research and continuous information also aiming at the active involvement of young people in future projects where they could be the protagonists.

Teachers guided them at the beginning, but then the students worked autonomously. They had to prepare abstracts and report orally to the other classes during the science lessons at school, involving other classes which were not directly taking part in the project on the basis of the peer to peer education strategy. The respect of deadlines was fundamental.

Stimulation to discovery, therefore, was only the first step of a journey towards the sharing of the knowledge acquired. To this end, the meetings that create continuous exchanges were crucial, also through the use of new media, which showed the entire project as the starting point for the future of the participants.

In conclusion, the interchange and the knowledge acquired by the students represent two complementary aspects of a project aiming at the “scientific” and “human” development of those involved in it.

This website uses cookies to improve your experience while you navigate through the website. Out of these cookies, the cookies that are categorized as necessary are stored on your browser as they are essential for the working of basic functionalities of the website. We also use third-party cookies that help us analyze and understand how you use this website. These cookies will be stored in your browser only with your consent. You also have the option to opt-out of these cookies. But opting out of some of these cookies may have an effect on your browsing experience. Read More
Necessary Always Enabled
Necessary cookies are absolutely essential for the website to function properly. This category only includes cookies that ensures basic functionalities and security features of the website. These cookies do not store any personal information.
Non-necessary
Any cookies that may not be particularly necessary for the website to function and is used specifically to collect user personal data via analytics, ads, other embedded contents are termed as non-necessary cookies. It is mandatory to procure user consent prior to running these cookies on your website.
SAVE & ACCEPT